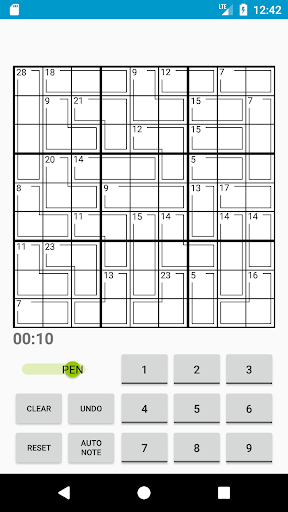 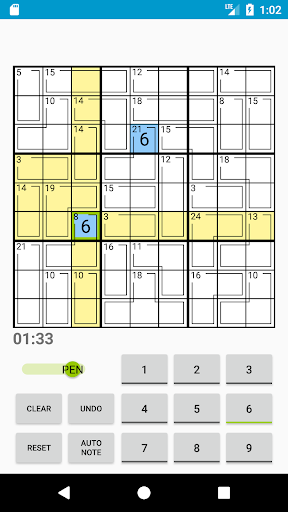 Killer Sudoku (also known as Sumoku, Sum Sudoku, Addoku, or Samunamupure) is a puzzle that combines elements of sudoku and kakuro. Despite the name, the simpler Killer Sudoku can be easier to solve than regular sudokus, depending on the solver’s skill at mental arithmetic; the hardest ones, however, can take hours to crack.

A typical problem is shown on the right, using colors to define the groups of cells. More often, puzzles are printed in black and white, with thin dotted lines used to outline the “cages”

The objective is to fill the grid with numbers from 1 to 9 in a way that the following conditions are met:

Each row, column, and nonet contains each number exactly once.
The sum of all numbers in a cage must match the small number printed in its corner.
No number appears more than once in a cage.