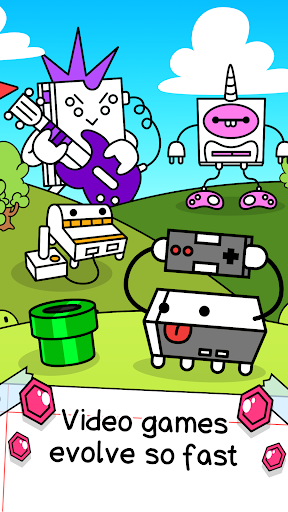 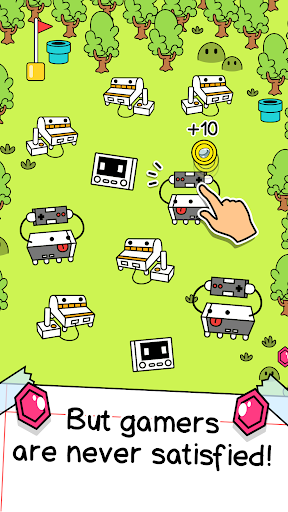 Time to take the evolution of video games into your own hands!

Combine the universe’s most unique video game consoles into crazy and complex fun machines to usher in a new generation of gaming all by yourself!

Do your part for the evolution of video games and mix the best parts of many kinds of gaming devices until you have the meanest, most powerful super-console of all time!

Heed the call of your gamer destiny and do your duty in the name of video game evolution!

🎮Pantheon: a new place for supreme beings to look down on us mortals and laugh at our misery
🎮Impostors: watch out for impostors trying to steal the spotlight from the video game consoles!

HIGHLIGHTS
🎮Different stages and many game console species to discover
🎮A mind-blowing story with gamey twists!
🎮The unexpected mix of alpaca-like evolution and incremental clicker games
🎮Doodle-like illustrations
🎮Open-ended gameplay: enjoy the freedom!
🎮No game consoles were harmed in the making of this game, only developers

A game about making game machines that play games for whoever loves games.

What comes after AAA, again?