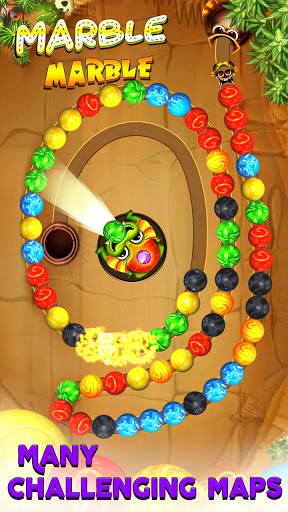 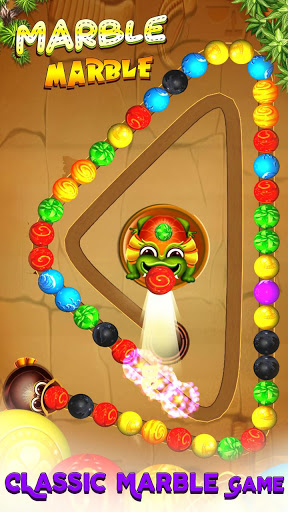 QUESTION & ANSWERS:
– “What is the game of marbles?” – In our childhood memory that marbles is a game played with small, round glass balls called marbles. The balls vary in size. … Players flick their marbles with their thumbnail, and try to hit the target.
– “What are some marble games?” – We known many game use marbles: Ring games, Hole games, Off the wall games, Archboard,… but know we introduce you the Marble Marble game (shooter game you can imagine game play with famous “Zuma” video game develop by PopCap Games and Oberon Media, December 12, 2003).
– “What is the history of the Zuma series?” – That is a very famous game with us, powerful PC version, now we have a quick introduction. “Zuma” is a tile-matching puzzle video game published by PopCap Games. First release date December 12, 2003, with 2 mode Adventure and Gauntlet. Next version is “Zuma’s Revenge!” was released on September 15, 2009, with game play has four game modes: Adventure, Clearing Adventure, Heroic Frog and Iron Frog.
– “What is Marble Marble – Play for fun?” – First version, Marble Marble has 100 joyful levels. Let’s beat all of thems and remove Marble Marble if new updates don’t exist, Haha…
– “What is the goal of Marble Marble?” – A player must complete the current level and unlock the next one, the gold at each level that destroys all marble items. You can shoot the marble item from Mr.Frog King, if the marble items hit a string marble in the playground and make more than 3 same color marble items, they will explode, after explosion the same color ball each side can be next explosion (if they make more than 3 same color marble items). You should try to make clear all of marble items before one of the move to Frog Hole (goal target of moving marble items), just one meat that Frog Hole you will incomplete this level, focus into Frog Devoted Servants (pusher), he will push all marble items without tired.
– “What is the most popular marble shooter mobile game?” – We thing the best version is “Zuma” (“Zuma Classic”) and “Zuma’s Revenge” from PopCap Games, but right now like us many famous clone version such as: “Marble Legend”, “Zumbla Deluxe”, “Zumbla Classic”, “Jungle Marble Blast”, “Marble Legend 2”, “Marble Kingdom”,…

HOW TO PLAY MARBLE SHOOTER CLASSIC?
– We will introduce to you an easy way, when you begin each level, you should try to save you time.
– When Mr.Frog King (gunner) is ready to fire, you can touch everywhere to direction of marble fly way.
– If marble flies out of screen, they will disappear (so if you need to make a current marble string longer just throw them away).
– In Mr.Frog King place have 2 marbles, smaller one is the candidate, and bigger one is ready one. Mr.Frog King can be tired, so you can shoot so fast like touch, let wait a little bit.
– What color of marble is next one? based on all main marble strings, its random base on color exists.
– Here we have 7 color marble kinds at all, more color marble will be more difficult.
– Game wins when no marble exists. Game lost when one of the marbles hit Frog Hole.
– Marble will explode when hit Frog Devoted Servants (pusher).

WHAT WE HAVE IN THIS MARBLE MARBLE VERSION?
– We have 100 levels easy to hard (about 50 to 150 marble at each level).
– We have 7 color marbles (you will see what color marble will exist in level at the loading scene).